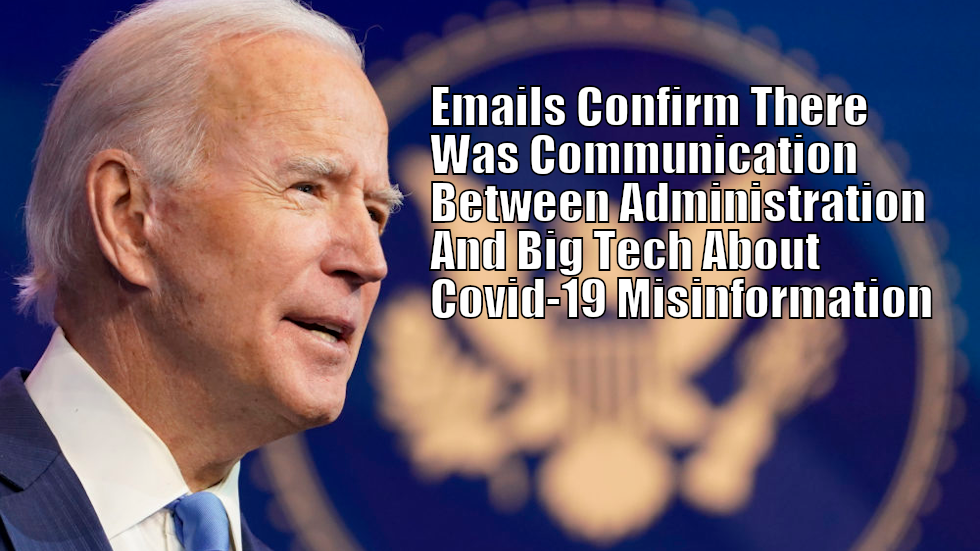 Back on May 5, 2022, Missouri Attorney General Eric Schmitt and Louisiana Attorney General Jeff Landry filed suit against President Biden and other top-ranking government officials for allegedly working with social media giants such as Meta, Twitter, and Youtube to censor and suppress free speech. An overview can be found here sirpenski.com.

As of 09/01/2022, in response to discovery requests, the U.S. government has provided to plaintiffs, some redacted copies of Facebook and Twitter originated emails that were sent to the Centers For Disease And Control (CDC) personnel and for which they received a reply. These are narrowly scoped to covid-19 misinformation. Links to them are listed at the end for convenience.

My overall general interpretation of the email content is:

What the emails do show however, is troubling.

As was stated in an email dated 02/11/2022, Facebook had been censoring user posts that claimed the COVID-19 vaccine leads to Motor Neuron Disease. However, in an email dated 07/28/2021, the CDC provided information that "Guillain-Barre Syndrome (GBS) was a possible side effect of the COVID vaccine." Now MedlinePlus defines Guillain-Barre as an autoimmune disorder that affects the nerves. Autoimmune disorders occur when the immune system malfunctions and attacks the body's own tissues and organs. MedlinePlus further goes on to state that Guillain-Barre syndrome can affect the neurons that control muscle movement (motor neurons).

As can be seen, Facebook was improperly censoring user posts that stated a relationship existed between the COVID-19 vaccine and Motor Neuron Disease. It is highly unlikely the CDC supported this action since it was the CDC itself that alerted about Guillane-Barr. Thus, the question has to be asked as to whether Facebook went out on its own and implemented the censoring or did they receive information / instruction from somewhere else other than CDC?

The whole idea of Social Media companies censoring medically related posts is troubling overall. Using Facebook as an example. Was Facebook engaging in medical advice by suppressing, editing, labeling user posts that referenced the correlation between COVID-19 vaccine and motor neuron disease? Was, Is the censoring action even considered medical advice? The definition of medical advice differs from state to state. Findlaw states that "advice may be the practice of medicine when the advice is specific to a particular person's illness or injury."

The following emails were sourced from the Missouri Attorney's General Website.